Today I’d like to share my thoughts and experiences on vehicle odor removal. There are many things that can contribute to odors that can be absorbed into the fabrics and upholstery of your vehicle. Some of which include pet odors, sweat, food, and drink, babies and kids can be good contributors in their own way, and probably the most potent and longest lasting of smells; smoking. My purpose today is still to do my best to inform you of some dos and don’ts of removing odors from the fabrics of your car.

Odors and stains can act the same as far as stubbornness to get rid of. Especially if you wait to take them out. One of the hardest odors to remove is the smell of cigarette and cigar smoke. If you can eliminate the odor of tobacco smoke, you can eliminate pretty much any odor with a very similar process. 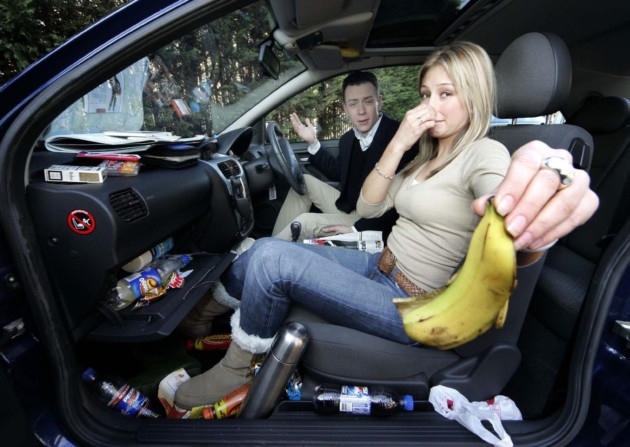 I’ll start with a few don’ts of vehicle odor removal.

DO NOT try to clean it with a generic dish or fabric soap or cleaner. This will put soaps and chemicals into your fabrics that you don’t want there and may also make the odors and smells seep more into the fabrics. It will also leave marks on the seats when it drys that will also be difficult to get rid of. Many times this can make the odor penetrate the fabric or material more which can make it harder to take out. Although leather may be a little easier to clean, you still want to be extremely careful how you clean it and do vehicle odor removal. Odors and stains can still penetrate the leather if not properly treated.

Removing odors from vehicle fabrics and upholstery needs to be handled with care. You want to be careful with what chemicals and equipment are being used. The objective is to remove odors, not to try to cover them up or “change” the odor by applying a fabric freshener to them. Fabric fresheners or odor bombs will be part of the process and I will get to them but for the removal process, you DO NOT want to begin with an odor bomb or scents.

Another thing we’ve seen people try on the wonderful advice of the internet is baking soda for vehicle odor removal. Baking soda does actually have some great odor removal properties but only in the right circumstances. There have actually been many cases where someone has literally thrown the baking soda all over the interior of their car. While this could potentially temporarily “fix” the odor problem it will create a bigger mess to clean up after it gets deep into the fabric or gets wet. The odor will most likely return as the cause of the odor was not actually be removed. So please DO NOT throw baking soda all over your car in hopes that it will take care of an odor problem.

My biggest piece of advice for proceeding to completely do vehicle odor removal, especially a bad one, would be to call a professional. Mostly because of the importance of proper chemicals and equipment being used. I will do my best to explain the process of removing odor from a vehicle. There will always be different variables of odors but the process of having them professionally removed will generally be the same. Differences in the process will come from the severity of the odors. You will be able to research many different techniques and procedures for removing odors in your vehicle. What I am telling you today comes from my own experiences and what has worked for me. As I said, if research thoroughly, you will find many different ways to remove odors, some good and some not so good. Here are some of the best ways to remove odor, sometimes combined together.

One of the most effective things you can do is to have very good interior detail done. When professionally done, an extractor will most likely (or should) be used. Especially one that has hot water extraction. An extractor will penetrate the fabric. If the water is hot it will penetrate the fabric even better. When used with a proper cleaning chemical, will effectively break up and separate the stains and odors from the fabrics. After the water and cleaning, the chemical has spearheaded the odors, you want to remove the liquids and chemicals (now encapsulating the odor causing sources) from the fabrics. You want to extract fairly quickly. If you wait to extract, the odors could get absorbed deeper into the fabrics making them harder to remove. If this whole process is done effectively, you will have mostly removed the odors along with the cleaning chemical and water. If the odor that you are trying to remove is tobacco smoke then the headliner will most likely be one of the worst areas that absorbs a lot of smells. The headliner may need to be treated with a little more care but still needs to be extracted. 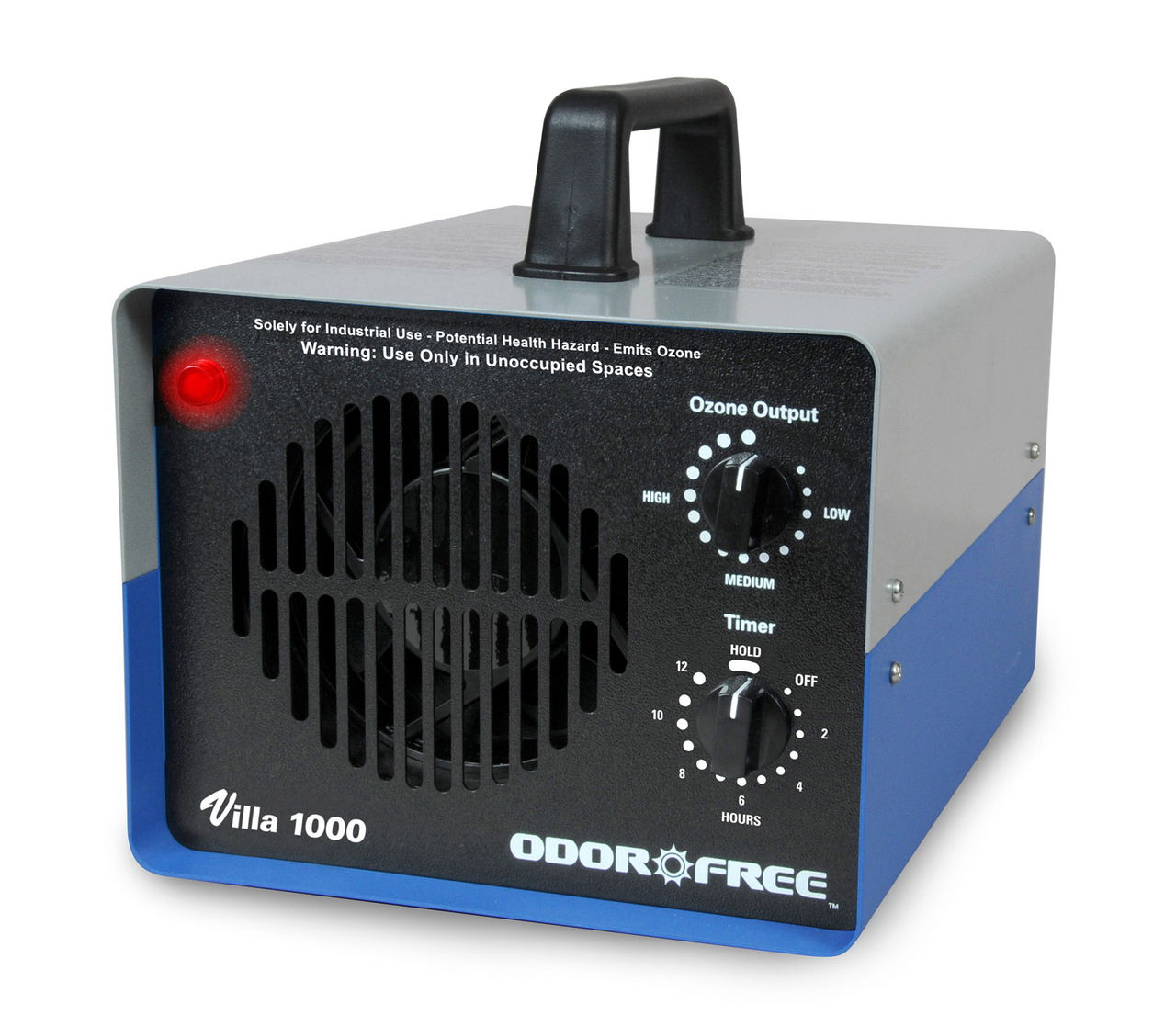 Another method of getting rid of smells and odors in your vehicle is an ozone machine. This can be a very time-consuming process but can be very effective. To put it as simply as I can, oxygen has 2 atoms, (which is why it’s called O2) and ozone has one more atom. The extra atom makes ozone hazardous to breathe but also breaks up the oxygen molecules and eliminates them. Included in those oxygen molecules being eliminated are the molecules that the odors are attached to. To explain it a little more simply, basically, odors need oxygen to survive and what the ozone machine does is kills the oxygen molecules that odors are attached to. Pretty scientific stuff, yeah? Some words of caution though, ozone is hazardous to breathe. After ozone treatment, the best thing to do is open all the doors to let it air out. If the weather will let you, it would probably be best to have it outside for the whole process. Also, you will want to do your best to seal up as many things as you can to let as little air enter as you can. You want to take care of the odors in the car as much as possible without letting more air molecules enter. Although you will not be able to make it airtight. Doing your best to allow as little air as possible to get in the car will certainly help and allow the ozone machine to do what it does. Make sure you don’t forget to let the vehicle air out when you get done. If possible, let it air out for an hour or two.

One of the final things you can do to help with odors is an odor bomb. An odor bomb is an odor eliminator and can be scented to leave a fresh smell as well. Odor bombs contain enzymes and chemicals that penetrate every part of the interior and find any odor-causing bacteria and literally eat it. This effectively destroys the odor and gets rid of the odor returning. This will be the final step after you’ve done everything you can to extract odor-causing spills and messes. The best place to put the odor bomb is as central as you can get it. Make sure to read ALL of the instructions and cautions if placing and setting off the odor bomb yourself. After setting the odor bomb to release the contents of the can, shut the doors and windows and leave for at least 4 to 6 hours. Personally, I like to leave it overnight if possible. In the morning or before driving make sure to let the car air out for at least 30 minutes.

The vehicle odor removal process can and in many cases will involve all three of these steps (or more). In some cases, the ozone machine may be the very first thing you do then proceed with the full auto detail and the odor bomb. Just keep in mind that it will most likely take some time to accomplish and you possibly have to try a few things before you have complete vehicle odor removal accomplished. Have patience and enjoy watching and smelling the odors get eliminated. 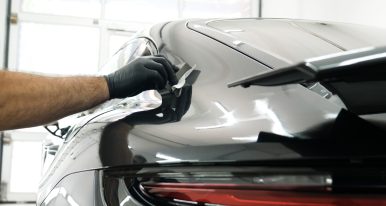 How Much Does Ceramic Coating Cost?

Retaining the shine of a paint job is every car owner’s goal. You want to lock in the beauty for… 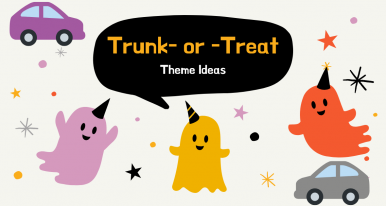 Trunk or Treat Theme Ideas With Halloween right around the corner, it’s time to start thinking about your Trunk-or-Treat décor… 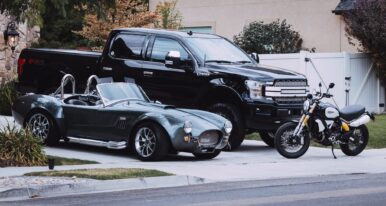 How Long Does Ceramic Coating Last?

The condition of your car’s paint can make the difference between feeling like your car is in great shape, or…