Detailing is not a job for the Faint-Hearted

Halloween is just around the corner, and October is a month for frights and all things peculiar.  Some people indulge in haunted houses or horror movies to get their fill of spooky things, and everyone can expect to hear a scary story one way or another.

At Onsite Detail, however, the strange side of things doesn’t end on November 1st.  Cars need to be detailed all year long, and so we’ve experienced freaky things that to this day are fun to share. Here are a few of our favorites!

What’s Living In Your Car?

One of our detailers shared a time when they were assigned an Interior Detail.  Upon opening the driver’s side door, they were greeted by a dead mouse. Not just a dead mouse, mind you, but one that had been there long enough to rot and stick to the carpet.  The further they cleaned, the more they found mice, both dead and alive! Yuck! We highly recommend having an exterminator out before hiring any detailer in this case because just cleaning may not fix the problem.

Apparently, it’s not too uncommon to find rodents and other creatures living in a vehicle.  Another detailer shared how they have had to deal with cars that had wasp nests. They expressed how it was especially tricky because they weren’t informed of the nest and were therefore ill-equipped to handle it.  The job was done, but only after a few stings.

Not all vehicles with things living in them have been infested, however.  A couple of detailers went to deep clean a boat, but the owner had forgotten to mention a cat lived in it. They had an amusing time working their way around the curious feline.

Of course, that only accounts for the living critters.  One detailer was sent to do an Interior Detail and Engine Detail. The owner had mentioned the car was not starting and asked if it could be jump-started.  Upon opening the hood the problem was found. They pulled out… a dead squirrel that had managed to electrocute itself between the battery posts. The engine worked fine after that.

As with all jobs requiring cleaning, there are nasty jobs that go beyond clutter and a layer of dirt or pet hair.  When I get calls as the main scheduler some people are shy about how dirty their car is and worry we will judge them for it.  So believe me when I say we have seen some disgusting cars, and yours is likely not one of them.

A few weeks ago one detailer was sent to do some Interior Detailing and came back looking horrified.  When we asked how it went he explained how garbage had been forgotten in the car so long maggots had appeared.  Eww!

Another detailer told of when they had to clean chili off the car floor that had been there a long time but remained liquid.  The owner had continued driving the car for a while so the movement had caused it to spread even to the sliding passenger doors.  The smell and the texture were the worst parts. As he shared, another recalled when he found a rotten watermelon, or what was left of it, in the trunk of the car that had been there for months over a Utah summer.  He said you could smell it from a few yards away!

Cleaning out cup holders can yield interesting results, from forgotten kid’s snacks to spilled drinks.  However, one detailer topped everyone by sharing when he found vomit in a cupholder. I hope he was tipped well for that one!

How Did That Happen?

As much as we tend to prefer normalcy at times, sometimes life just happens and we get unusual human experiences.  Every so often we get a detailed job that may seem by the book but has a story behind it that makes it memorable.

come clean a car right away, as his wife had just had her baby inside the car mere hours before!  What made it unfortunate outside of our not being able to schedule it was that he had insisted on driving his nice new car to the hospital instead of their older, more beat-up vehicle.  At least the baby was delivered in style?

One story came not from a detailer, but from our accounting person.  She shared how she got a call from someone asking if we could

A detailer told me once about how he was cleaning a car out as normal for a gentleman who said it was his sister’s car.  Partway through the job, an older woman approached him and asked if he knew what had happened to the driver. When the detailer said no, the woman explained it was her daughter’s, but her daughter had just been murdered a few weeks before.  The detailer explained that and the job felt much more creepy, but he did his best to make the car especially nice-looking.

This one comes from a call I received and partly mentioned in the blog Top 5 Reasons People Get Their Car Detailed.  A client called and explained she wanted her car thoroughly cleaned and revealed it had recently been stolen. It felt unsafe for her to drive until she had it cleaned completely.  Thankfully our Full Combo Detail did the job and she was driving in it again by the next day, but knowing it was once a stolen vehicle was scary!

The final story in this category was shared from a detailed job we at Onsite Detail didn’t receive, but one of our detailers experienced before working here at a different job.  They were asked to clean a vehicle and not to worry about the middle compartments, as there was a gun in it for drive-bys. It was laughed off as a joke until the detailer did in fact lift the middle compartment and found a gun, just as explained.  He said he closed the compartment and left it alone without saying anything else.

Despite the extra-gross or extra-creepy things our detailers have experienced, they come in every day ready to work and do their best.  When collecting the stories for this blog I made sure to express how much I appreciated what they did, it sure makes my scheduling work seem much nicer!  If you make an appointment with us, don’t you worry if your car is too bad off, because believe me, we have seen it all! 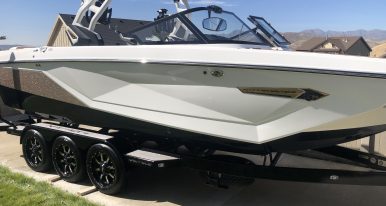 Why Should I Get a Boat Ceramic Coating? 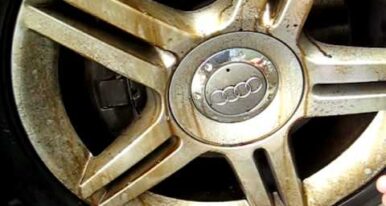 Brake Dust Sucks and It’s Bad For Your Car

What is brake dust? Brake dust is a dark-colored residue that is made up of little metal shavings that come… 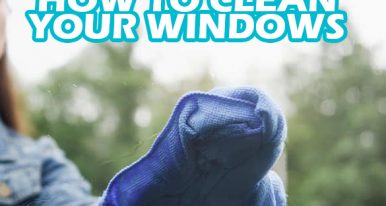 How To Best Clean Your Car Windows

We all know how annoying water spots, streaks, bugs, dirt and handprints can be on our windows, it makes it…